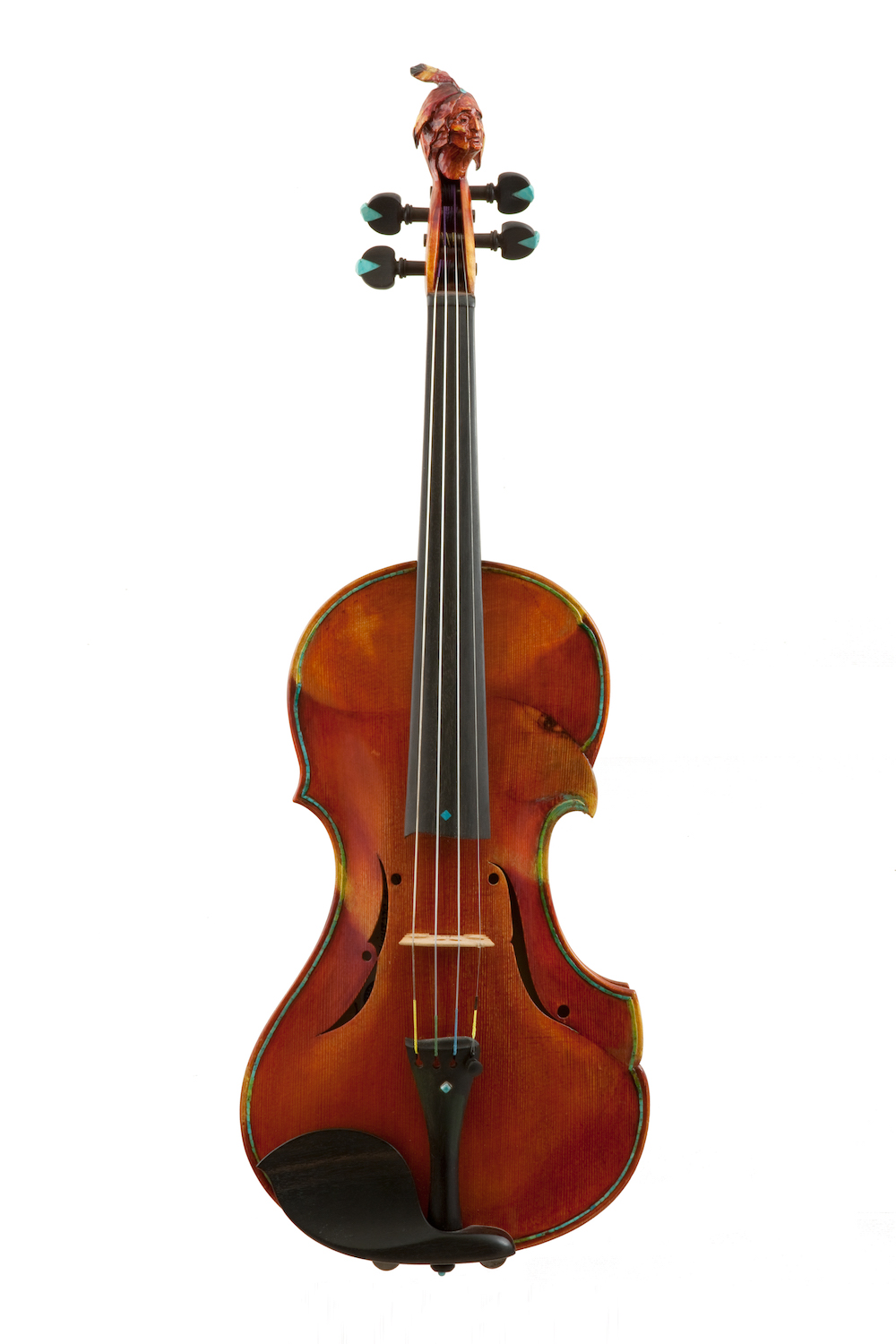 This violin was created in 2007 and was designated as an Oklahoma Centennial project inspired by Native American culture and it is called the Spirit of Oklahoma. The violin was designed and made to honor the statehood celebration of Oklahoma’s first 100 years (1907-2007).

A one-of-a-kind design, a unique fusion of music and art, The Spirit of Oklahoma is as visually evocative as it is acoustically dynamic. The violin features a unique design and expresses a connection to Oklahoma’s heritage through a series of symbolic elements. The composition of the upper line recognizes the flag of Oklahoma with its morning star, and a distinctive image of an eagle eye is visible on the top and back of the violin plate. The eagle is a significant symbol, representing spiritual protection, strength, nobility, courage, wisdom, healing and magic. It also symbolizes the United States and is a very important symbol to Native Americans "The Eagle is the brother who flies the highest and the closest to the Creator. His vision, wisdom, and courage are gifts that we each possess." Small beads of turquoise replace the traditional wooden purling all around the edge of the violin. For Native Americans this stone represented protection, power and good energy. The head of the violin is a sculpture of an Indian head, indicating a guardian or warrior; a symbol of the Native American spirit.

Back to New Creation

If you are seeking a fine violin, viola, cello, or bow, please call and visit me to see what I have to offer. Of course, my collection is always changing. I will always be very happy to describe my offerings. You will find the best services and honest pricing.